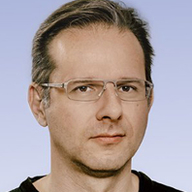 Dominique Taffin is Senior Manager Industrial Design at Yanfeng Automotive Interiors (YFAI). The native Frenchman heads the European Studio, one of the company’s three design studios worldwide. Here, he manages projects both for internal departments and customers from the automotive industry. As well as this, the studio provides support for innovative product visions and the conceptual design and development of new products, from the product idea up to market launch, in collaboration with the company’s American and Chinese locations. YFAI is headquartered in Shanghai and operates its European business from Neuss.
Dominique Taffin, born in 1966 in Chennevières sur Marne (France), has more than 25 years’ experience in industrial design. He has worked for the company since April 2015. He has had an international career. Before working for Johnson Controls / YFAI, Dominique Taffin worked for companies such as GE Plastics, IAD, Adam Opel AG and GE Healthcare and as a design strategy consultant for many companies throughout the world.
Dominique Taffin holds a Master in Product Design from the ECAL (Ecole Cantonale d’Art de Lausanne, Switzerland). He has previously lived and worked in France, Switzerland, the Netherlands, Germany, Italy, Albania and India. He speaks French, Dutch, German, English and Italian.

Yanfeng Automotive Interiors (YFAI) is the global leader in automotive interiors. YFAI is redefining how people relax, work and play in their vehicle interiors today and decades from now. Headquartered in Shanghai, the company has approximately 100 manufacturing plants and technical centers in 18 countries and more than 30,000 employees globally. They design, develop and manufacture interior components for all automakers. Established in 2015, Yanfeng Automotive Interiors is a joint venture between Yanfeng Automotive Trim Systems Co., Ltd, a wholly owned subsidiary of Huayu Automotive Systems Co., Ltd. (HASCO), the component group of SAIC Motor Corporation Limited (SAIC Motor), and Adient, the global leader in automotive seating.
Get Agenda
Book Now
NextPrevious

© we.CONECT GLOBAL LEADERS - Tomorrow's Business Company
Do NOT follow this link or you will be banned from the site!
[wpforms title="true" description="true" id="